Joining Foursquare or Places? You need a smartphone.

Are you on Foursquare? How about Places?

I have an embarrassing story. I joined Foursquare – excited to become the mayor of at least one location – my office. And then I suddenly realized: I don’t have a smartphone.

I know, it’s totally blasphemous for a writer, marketer, self-proclaimed social media expert, blogger to have an old-fashioned, no-Internet phone. Especially when Facebook just announced the launch of Places, similar to Foursquare – the network I tried in vain to join. 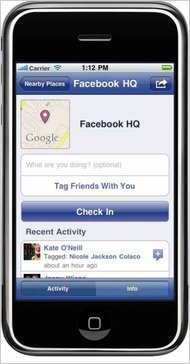 BUT, I will be getting one, I will! The past year plus has been somewhat of an experiment for me – to see how far I can go in this world of social media without being mobilely connected to it. I think that experiment has met its end. There are simply too many websites and networks and apps being developed specifically for mobile to be out of the loop anymore.

According to this NYTimes article, Facebook’s new Places service  could help tap local and small-business advertisers and sharpen competition with Google. The service borrows from location-based social networks like Foursquare, tapping into people’s desire to “win” at this game of virtual turf wars. The more you check into a place on Foursquare, the closer you become to being deemed by the service as mayor. And apparently, according to another NYTimes article, (they are really tracking this mobile movement over at NYT!) that mayor-ship is a coveted position among social media gurus.

Using Places on hand-held devices like the iPhone, users will be able to check in at restaurants and bars, for example and alert friends on Facebook of their presence. They will then be able to see any friends that are nearby as well as other people who have checked in at the same location and have agreed to have their location broadcast.